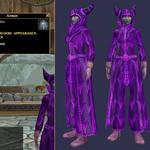 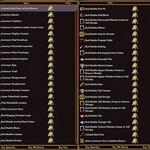 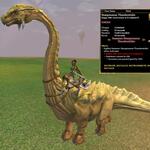 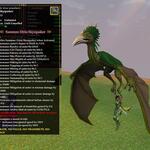 I am now on the EverQuest II Maj'Dul (originally on Befallen then Oasis) server. I am currently in the Elysian Storm guild.

I am (was?) also a 60th level Druid in EverQuest I that was the Guild Leader of Company of Valor on the Quellious server.

When I started playing EverQuest II, I decided to not become a guild leader, officer, or in charge of anything. I also stay (and continue to stay) away from raiding. I am not going to play on other people's schedules or play what/how others would have me. I just come on and do my thing. This is a game, not a job. :)

Friday, April 28, 2017
I deleted that toon on the Stormhold server which never got past level 2 LOL.
Saturday, July 25, 2015
A couple days ago I created a character on the new Time Locked Server, Stormhold. Of course the character is named Mysstie and is a Woodelf Warden LOL.
Wednesday, April 09, 2014
After getting a temporary closed beta key for EverQuest Landmark I've been playing around in it. My character in the game is Mysstie as well and I'm on the Serenity server. Currently my claim is on the Marsh continent/island. I have since got the Landmark Settler's Pack so I have unlimited play time. :) It's quite possible that I'll be adding a Landmark page to my site here and adding a Landmark section to my gallery.
Tuesday, September 03, 2013
I created a new Armorer over the double-xp weekend, Chantelle. In 15 hours, 40 minutes of play time I managed to get her to 67th level. I made her a High-Elf Warden. Yes, that makes it 4 Wardens now but my main focus is being an Armorer and not leveling Adventure wise; although, I'll at least get her high enough to port around. LOL :)
Wednesday, March 27, 2013
Updated most of the pages on the website with the latest information. I also changed how I did my now appearing images, They were based off Sony's realtime paper doll images but they would come out looking funky sometimes. So now, I just create them from standard screenshots so I have control of when are where they are done. Plus, I can strike a pose! LOL.
Saturday, December 08, 2012
Unless noted, I've changed all the images (headshot, paperdoll, and signatures/banners) to load locally so I'm not depending on other sites to be up. I have a separate admin page that I update the images from when I want them to be.
Saturday, October 27, 2012
Redesigned the site with a left side menu that stays put and moved all my alts to their own page as this one was getting too crowded LOL. Also using a newer Twitter widget on the right. I'm not done making changes as I want each alt to have their own Paperdoll Image as well.
Sunday, September 09, 2012
I created a new alt, Krysstie, who is a Woodworker, to take advantage of the Labor Day Weekend server XP Bonus. Yeah, she's my 3rd Warden. I've decided that all my new tradeskill alts will be Wardens. That way they can port around, breath underwater, heal and cure themselves and more or less not have to fart around with potions and totems. LOL!
Tuesday, May 15, 2012
Added real-time images of how my characters currently look. Actually, I did this awhile ago. Just slow updating the fact here LOL.
Friday, February 17, 2012
Added a page with my character's Known Tradeskill Apprentice Recipes
Thursday, January 18, 2012
Dannyca completed the Coldain Prayer Shawl quest
Tuesday, October 18, 2011
I did make a new toon, Dannyca, a Barbarian Fury, to be primarily a Carpenter. Adventuring will not be the goal of this character.
Thursday, June 16, 2011
I've had it for awhile now, but I did make a Twitter account for my character. It's: @Mysstie_EQ2
Monday, December 20, 2010
During the 19th, Befallen was merged into Oasis so that's now where I am. :)
Monday, August 02, 2010
I've added an EverQuest II News section to my site and have also added links to a new Guild Website that's being worked on (by the leader, not me).
Thursday, January 07, 2010
I've decided to go ahead and make my snapshot gallery live that I've been playing with for a while. Over to the right you can a random image from it being displayed. I am using a beta gallery script so it may go offline if things start to go weird with it LOL.
Tuesday, December 22, 2009
I've combined my EverQuest I site into this one. Seemed to make the most sense. Below you'll find the link to my custom user interface that I made for EQ1
Monday, August 17, 2009
Added some links below that I seem to use most often.
Wednesday, August 05, 2009
I have just started this page which will be more geared towards my EverQuest II ventures.

Their feed doesn't validate but I've worked around it. They don't include any date/time information.

Most people tell you to spend time outdoors. Not us!

Almost time to take it up a notch.

Yeah, that’s right. It’s back! We'd be crazy not to do this.

Let’s Ring in the New Year!

You Snow You Love Frostfell

Your adventure to aid the Aerakyn begins today.

Time to stock up on some things that will make adventuring a little easier.

The date has been set and new adventures are about to begin!

Your chance to test upcoming content before it goes live.

Check out what’s been unlocked for all Norrathians.

We’re teaming up with Extra Life again to benefit the Children’s Miracle Network!

Are you ready for a horrifyingly good time in Nights of the Dead?

Time to test and get a first-hand look at what’s to come!

Mei Lan and Pas Yu are eager to see your faces!

Are You Ready for What’s Next?

Gear Up, Level Up is returning!

Secrets of the Sands

An inside look at our latest expansion prelude for EverQuest II!