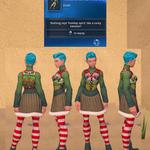 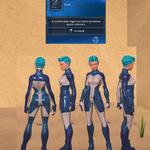 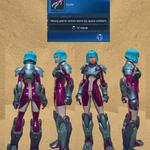 After getting a temporary closed beta key for EverQuest Landmark I've been playing around in it. I then got the Landmark Settler's and Explorer's Packs so I had unlimited play time during the beta. :)

Now that Landmark is live, my character is Mysstie once again and I have claims on Courage/Timeworn Dunes (Race Track) and Serenity/Lonely Glacier (Ski Resort).

I have placed some chests on my Race Track claim now that the game is live. Search "mysstie" in the gallery.

Wednesday, February 22, 2017
Well, Landmark shutdown at 6:00pm Central on February 21st. Fun while it lasted.
Saturday, June 11, 2016
Landmark has gone live! As such, character was wiped again LOL. Remade Mysstie and in the process of redoing my claims.
Saturday, April 02, 2016
After the character wipe in March I remade my character with a new look and have placed both my Race Track and Ski Resort claims close to where they were before.
Monday, May 11, 2015
Well, the big wipe occurred including needing to create a new character. I made Mysstie again but with a different look. :) For the moment I've made a new claim on Courage/Timeworn Dunes.
Sunday, October 19, 2014
Several things have changed since my last post here. I have pulled up my first Cabin claim and placed a new on Courage/Marsh near the hub. This one will eventually be a race track, being a NASCAR fan in RL. It's still a serious work in progress. I've also joined a new, temporary (supposedly), guild called "The Veggie Army".
Monday, September 01, 2014
A while ago Sigtyr of Courage Crew invited me to join their guild. Thought I'd fit in well there. I basically followed what I did in EQ2 and joined the first guild that asked me after I looked at their website and forums on Guildportal. Suppose I'm one of the odd balls since all my claims are on Serenity and not Courage but they said it didn't matter. LOL If it wasn't for the need to test the Guild UI and stuff to provide feedback, I may not have joined a guild yet. I've come across some great folks in many guilds. :)

Here is the locations of my current race track on Courage - Timeworn Dunes, just northwest of the hub: 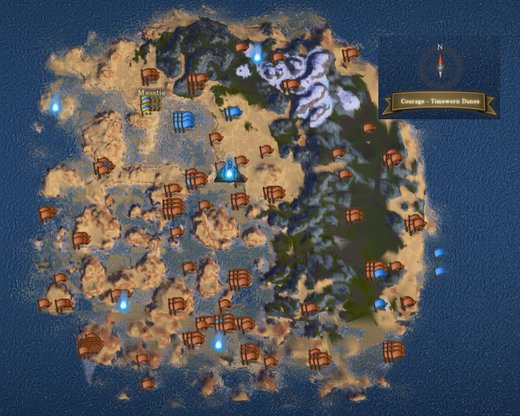 Here is the location of my current ski resort on Serenity - Lonely Glacier, along the eastern coast.